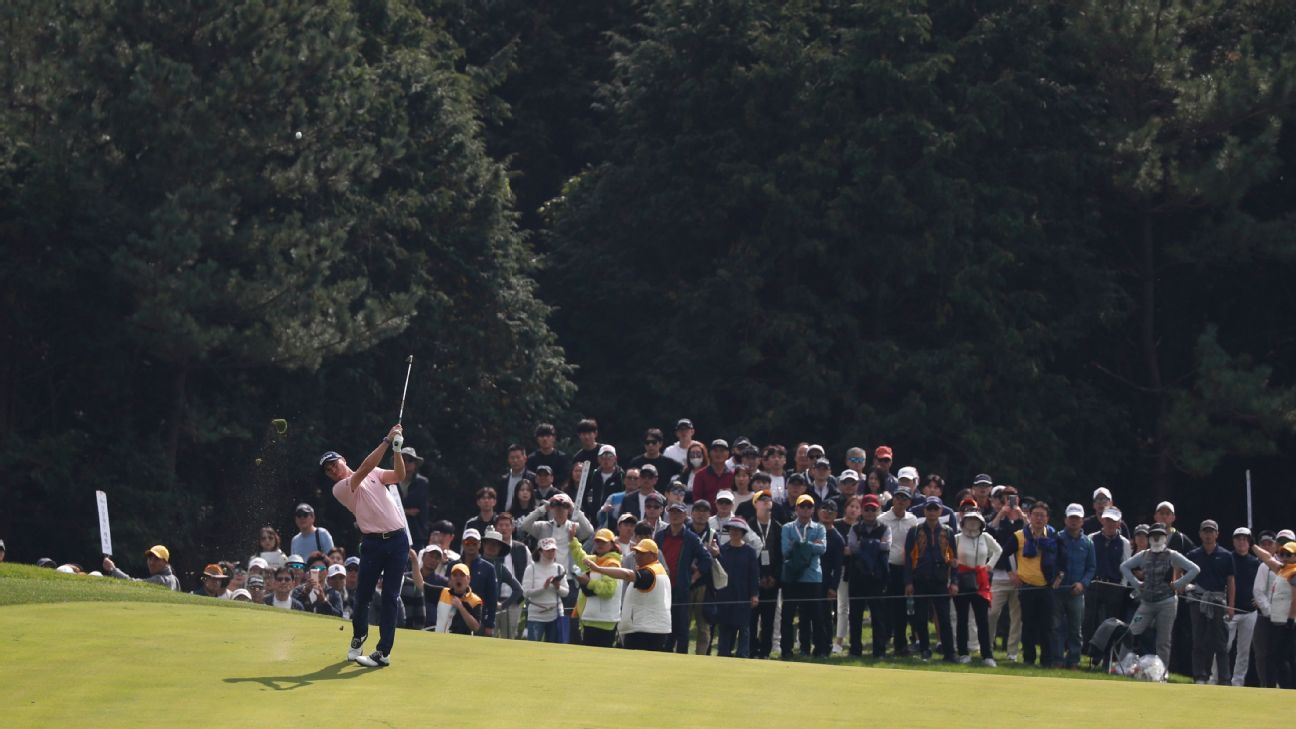 JEJU ISLAND, South Korea — Justin Thomas won his 11th PGA Tour event and his second in South Korea in three years with a final-round 5-under 67 and a two-stroke victory over South Korean-born New Zealander Danny Lee in the CJ Cup.

Thomas and Lee made it mostly a two-man show Sunday. They entered the final round tied and stayed that way through the front nine.

Thomas birdied 14th to take one-stroke lead, then went up by two when Lee bogeyed the 15th after missing a 10-foot par putt and Thomas made a two-footer for par. After going from greenside bunker to bunker on the 16th, Green bogeyed again and fell three behind. But Thomas bogeyed the 17th after his 12-footer for par lipped out, reducing the deficit to two strokes.

On Saturday, Thomas had a three-stroke lead heading into the 18th ahead of a three-shot swing when Thomas bogeyed and Lee made a long eagle putt. On Sunday, there were no such late miracles for Lee: Thomas and Lee both birdied the 18th, with Lee lipping out on his eagle putt to finish with a 69.

Hideki Matsuyama (65), last year’s runner-up Gary Woodland (66) and Australian Cameron Smith (69) finished tied for third, five behind Thomas. Jordan Spieth closed with a 71 and was tied with four others at 12-under.

Phil Mickelson finished with a 68 and Jason Day with a 71, both at 7-under.

The PGA Tour’s second of three weeks in Asia continues next week at the Zozo Championship in Japan — which will feature Tiger Woods — and ending with the World Golf Championship event in Shanghai.