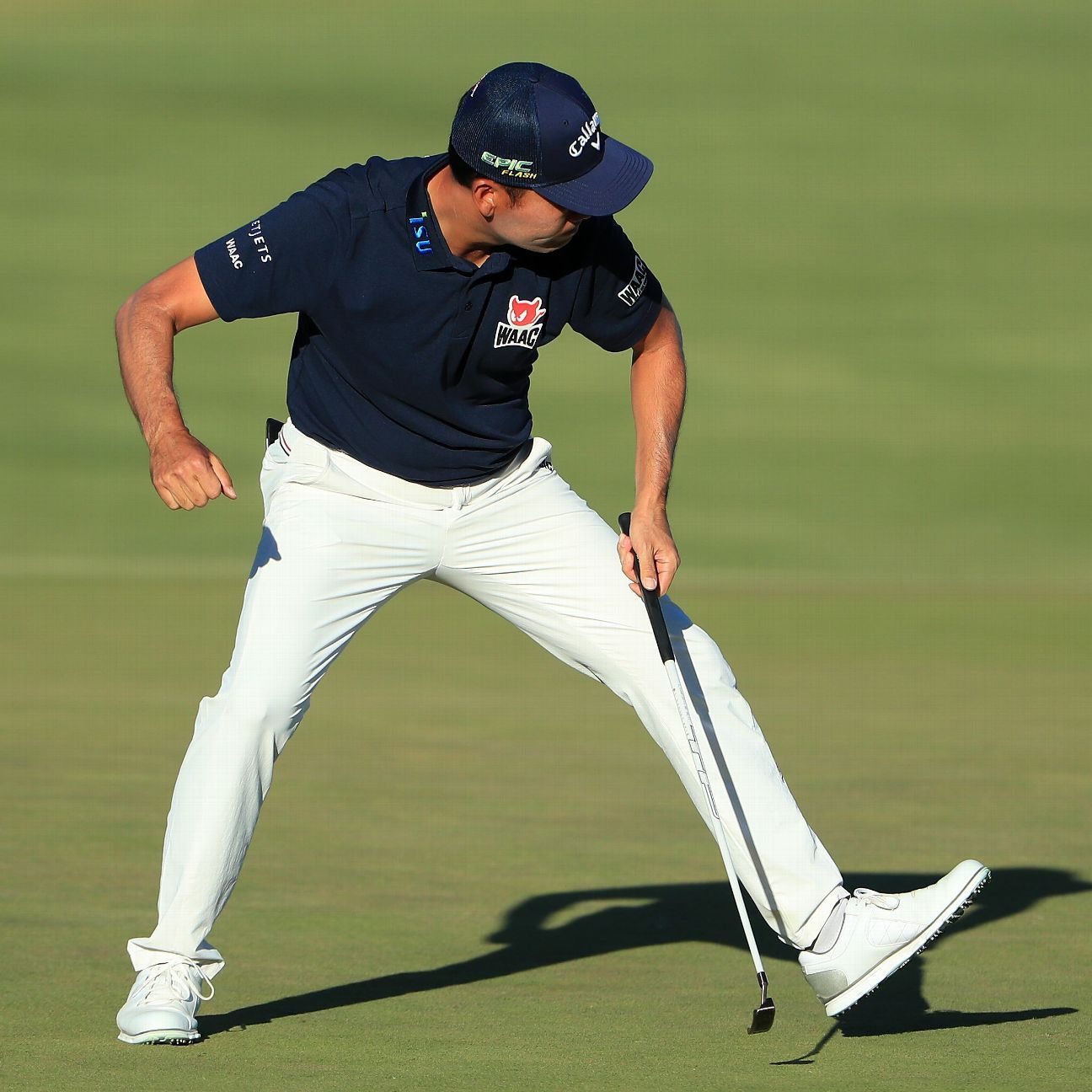 LAS VEGAS — Kevin Na matched his career-low Saturday with a 10-under 61 on a day of low scoring in Las Vegas to build a two-shot lead over Patrick Cantlay in the Shiners Hospitals for Children Open.

Na was pumping his fist after every putt down the stretch at the TPC Summerlin, which yielded six scores of 63 or better.

Cantlay was staying with him until he failed to get up-and-down from a bunker on the reachable par-4 15th and made bogey from the bunker on the par-3 17th. He closed with a 15-foot birdie putt for a 63.

Cantlay won the tournament two years ago and was runner-up last year.

Conditions were warm and calm, ideal for scoring and it showed. Tony Finau had a 62 to take the lead as the final groups were teeing off. He finished the day seven shots behind. Denny McCarthy and Luke List each posted 63.

“It’s hard to look at some of those numbers when you haven’t even teed off — you see 8s and 9s (under) out there — and not play impatient,” Ryder said after a bogey on the 18th for his 64.

Na and Cantlay came out firing.

Na has been doing his damage on the greens. In each of the last two grounds, he has gained an average of about 5.5 strokes on the field in putting and leads the tournament in that key statistical category.

He doesn’t see any change for Sunday, when he goes for his second victory of the year. Na won in Colonial in May.

“Still got to keep the pedal to the metal. Anyone can shoot 8 or 9 under,” Na said. “I believe we’re going to get a little more wind tomorrow. Got to go out and post a good number.”

Na also shot 61 in the 2010 Wyndham Championship and at Colonial in 2018. He posted this number even with a par on the 16th hole, the par 5 over water that played as the easiest on the TPC Summerlin. His tee shot was blocked by a tree and he had to lay up short of the water, but he hit wedge to a tight pin on the front of the green to about 4 feet.

Cantlay had six birdies on the tougher front nine — none longer than the 8-foot range, three of them tap-ins — for the lead. Na played in the group ahead, made birdie on the 10th to tie and then pulled away in the final hour.

Na drove to the back of the 15th green and converted the long two-putt birdie from just off the green with a 6-footer. Cantlay put it in the right bunker and missed his 8-foot birdie putt. That was the separation Na needed, and he stretched it with a pair of closing birdies.

Low scores weren’t available to just anyone. Phil Mickelson started the third round just four shots behind and was 5 over through 11 holes. He rallied with a few birdies to salvage a 74.

MY SECRET GOLF LESSON ( i was not going to tell you )
JON RAHM – SHORT GAME MASTERCLASS | ME AND MY GOLF
The Best Golf Tips To Strike Your Irons Solid and Pure
I test golf clubs I’ve never unboxed….BIG SHOCK!
The next Match with Tiger and Phil? Here are some dream pairings