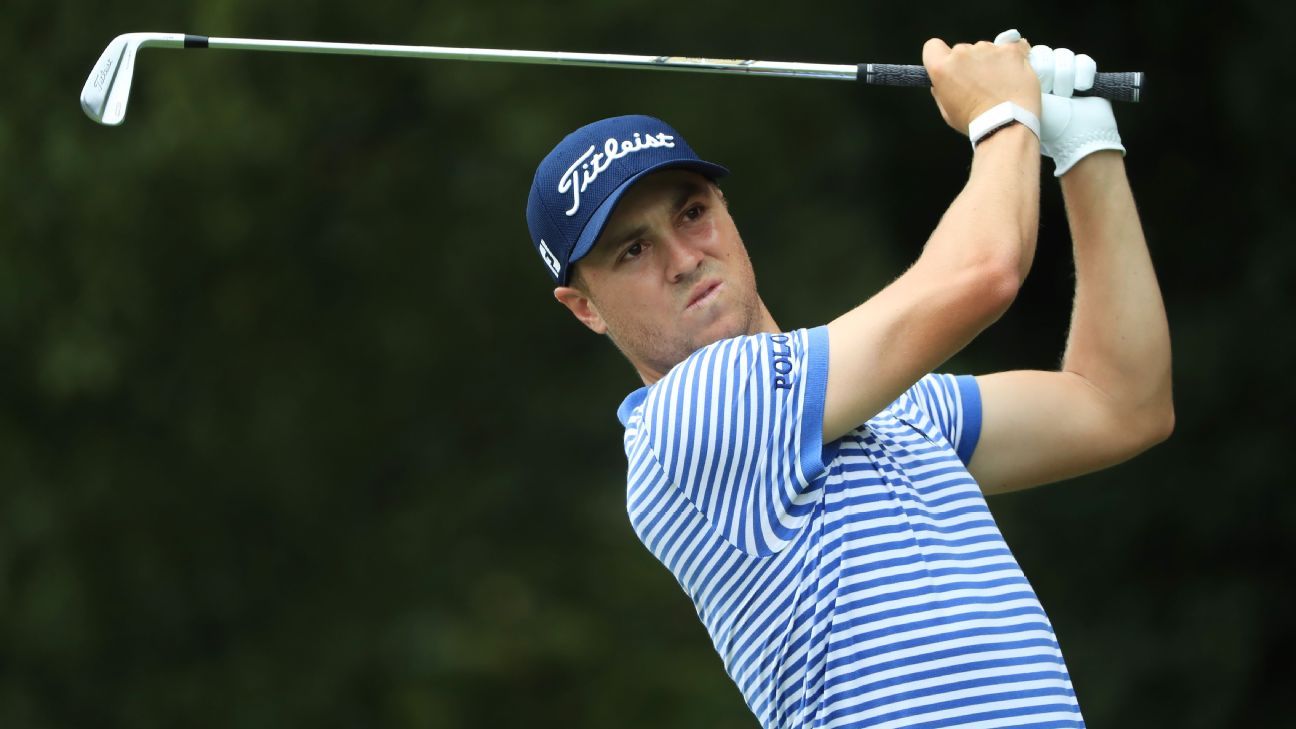 JEJU ISLAND, South Korea — Justin Thomas was looking at a three-stroke lead at the CJ Cup with one hole to play on Saturday, which would have set him up nicely for his second win in three years at South Korea’s only PGA Tour event.

But the 18th hole saw a big swing in the scoring at the Nine Bridges course.

South Korean-born New Zealander Danny Lee holed a long eagle putt to finish with a 68. Thomas, who won the inaugural CJ Cup in 2017, bogeyed the 18th for a 70, and he and Lee are tied with a three-round total of 15-under 201.

Australian Cameron Smith is in third place, three strokes behind, after a 68. Jordan Spieth shot 70, and he is in a three-way tie for fourth, four behind.

The biggest movers on Saturday were last year’s runner-up Gary Woodland and first-year professional Collin Morikawa of the United States. Their 65s moved them into a tie for seventh place that included Ian Poulter (66) and Graeme McDowell (68).

Defending CJ Cup champion and top-ranked Brooks Koepka withdrew from the tournament before the third round after aggravating a left knee injury from a day earlier when he slipped on wet concrete. J.B. Holmes also withdrew after the first nine holes of his third round with an unknown ailment.

Koepka, playing his second event since an Aug. 25 stem cell treatment on the knee, shot a 3-over 75 on Friday at Nine Bridges after opening with a 69. He was 13 strokes behind Thomas in the limited-field event with no cut.

“After consulting with my doctor, I have decided to withdraw from the CJ Cup and head home for further tests,” Koepka said in a statement. “I appreciate everyone’s concerns and support. I’ll keep you posted as I learn more.”

Koepka returned to Florida to meet with his doctors, leaving his status for the HSBC Champions in two weeks in China uncertain. He missed the cut two weeks ago in his season debut at Las Vegas.

The CJ Cup is the first of three PGA Tour events in Asia, continuing next week at the Zozo Championship in Japan — which will feature Tiger Woods — and ending with the World Golf Championship event in Shanghai.

COMMENTATOR’S CURSE – OCEANICO OLD COURSE – BACK 9 PART 1
How a pandemic could be forever altering the golf cart
RICK SHIELS ON THE FIGHT BACK Vs Carly Booth & Peter Finch Pt 2
PGA Tour, Sanford Health have deal on testing
BEHIND THE SCENES LESSON- WHAT LEAD TO MORE CONSISTENCY FOR THIS PLAYER